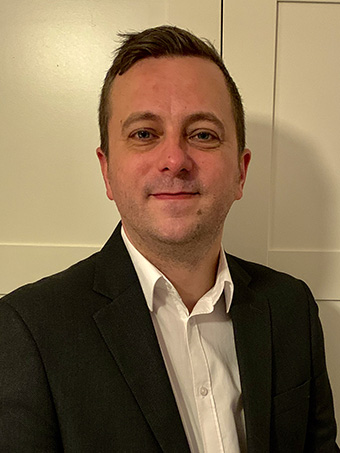 Becoming a Member Nominated Director of UMSS was something I wanted to do and I’m pleased to now be on the board. I believe I can make a positive contribution to how UMSS is run and I am comfortable advising at board level following previous experiences on committees with senior University colleagues.

Whilst still new, I’m starting to learn what is required of my role in UMSS. We hear a number of updates at the board meetings from our chair, secretary and the Scheme actuaries on how we are progressing with the Scheme and they are all great colleagues to work with who care passionately about UMSS.

I’m looking forward to my pensions training over the coming months where I’m sure I will develop my expertise and make a valuable contribution to the board and for members. 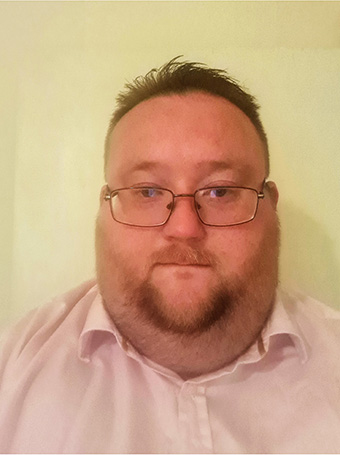 I’ve been an employee of The University of Manchester since 2016, and I’m a UoM graduate with a background in Mathematics and Computer Science. My current role is with Media Technologies supporting the current estate of lecture capture hardware and the new deployment in the MECD Campus.

I’m looking forward to working with the UMSS trustee board and believe my technical background will be an asset to the further development and support of UMSS on behalf of its membership.


Want to know what it’s like to be an MND? Go behind the scenes with Tracy Kaar.

Tracy became a Member-Nominated Director in the summer of 2019. Find out what her first year as an MND has been like below.

Being an MND means I can make a positive contribution to how UMSS is run. I was a Pensions Administrator for UMSS in the University’s Pensions Team and, when I left the role, I wanted my contribution to continue.

The Trustee Board usually meets every quarter. All of the Trustees attend, as well as the Chair, the Company Secretary, and the Scheme Actuaries. Sometimes representatives from other companies who advise UMSS will give us updates too.

We’re given paperwork before each meeting and we’re expected to have had a read through everything. The meetings themselves last about three hours, with updates from the Chair, the Scheme Actuaries, and the Secretary. Then we make any decisions collectively. We’ll also hear from the various sub-committees – these look at specific areas, like Scheme investment, finance and audits, or governance. They meet slightly more often than the full Board and they feedback on any issues that need to be discussed by all of us, especially where policy decisions are needed.

Although I had a lot of pensions administration knowledge before I became an MND, that’s a bonus rather than a necessity. Before you even set foot in a Board meeting, you take an online course from The Pensions Regulator. There’s also a full day of training – there’s plenty of opportunity to learn and develop. I became an MND just as UMSS was undergoing its current three-yearly valuation as at 31 July 2019, so most of the Board meetings I’ve been to have covered this and the financial position of UMSS. This has been a little challenging at times as I don’t have a financial background, but the training really helped and my Trustee colleagues, the Chair and Secretary are always available to help explain things. Being an MND is a big responsibility, and the training can sometimes be tough, but it’s incredibly rewarding. I had no idea just how much I’d learn in my first year!